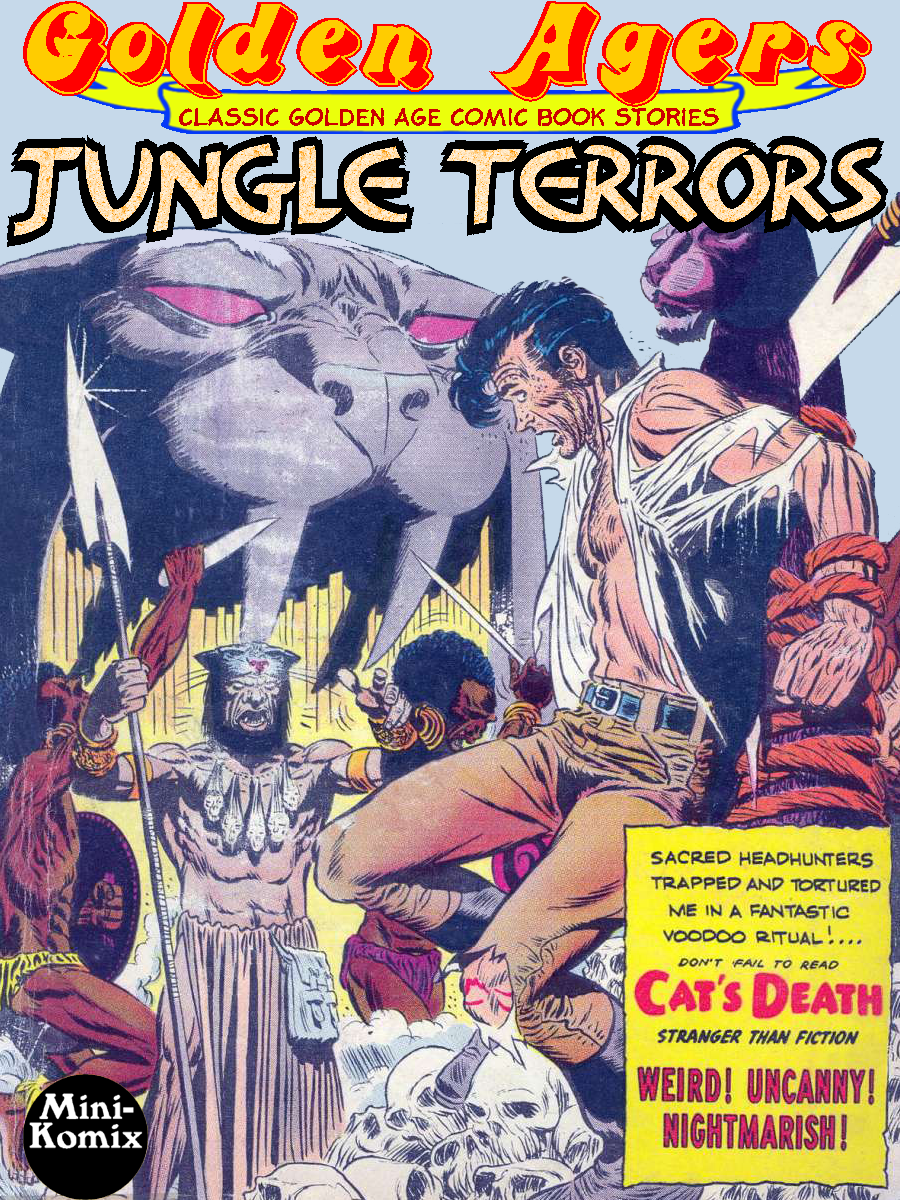 Just when you thought it was safe to go back into the rain forest, Golden Agers brings you this thrilling collection of Jungle Terrors. Frightful fables set in the darkest parts of the jungle. There's two tales of the heroic Jungle Jim, one where he protects a tribe of miniature humans from The Wizard Of Dark Mountain, and another where he fights giant rodents to save The Golden Goddess Of Thalthor. Witness the original of Sheena-Queen of the Jungle. Char Chapman is the Phantom of the East. Dinosaurs reign in Time Slip. Jungle Jo confronts witch doctors. She Stalks At Sundown shows an explorer taking the terrific Tigra the were-tigress from the wilds and back to the civilized world. Ace Malloy investigates a desert sabotage. In the future, a man goes on vacation to meet the jungle Girl Of My Schemes. Cat's Death has another explorer making off with a stolen African treasure while being haunted by a vengeful panther god. Ted Davey fights drug smugglers in Island From the Deep, An Eye For An Eye has two survivors of the human race making their escape through a tropical wasteland while being hunted by monstrous lizard men. Konga the Jungle Lord is trapped between two warring tribes. Sci-fi, horror, action, adventure, romance, and more in these savage scary stories! You can get this online now at Drive Thru Comics and Lulu.com.
Posted by Jer Alford at 4:59 PM