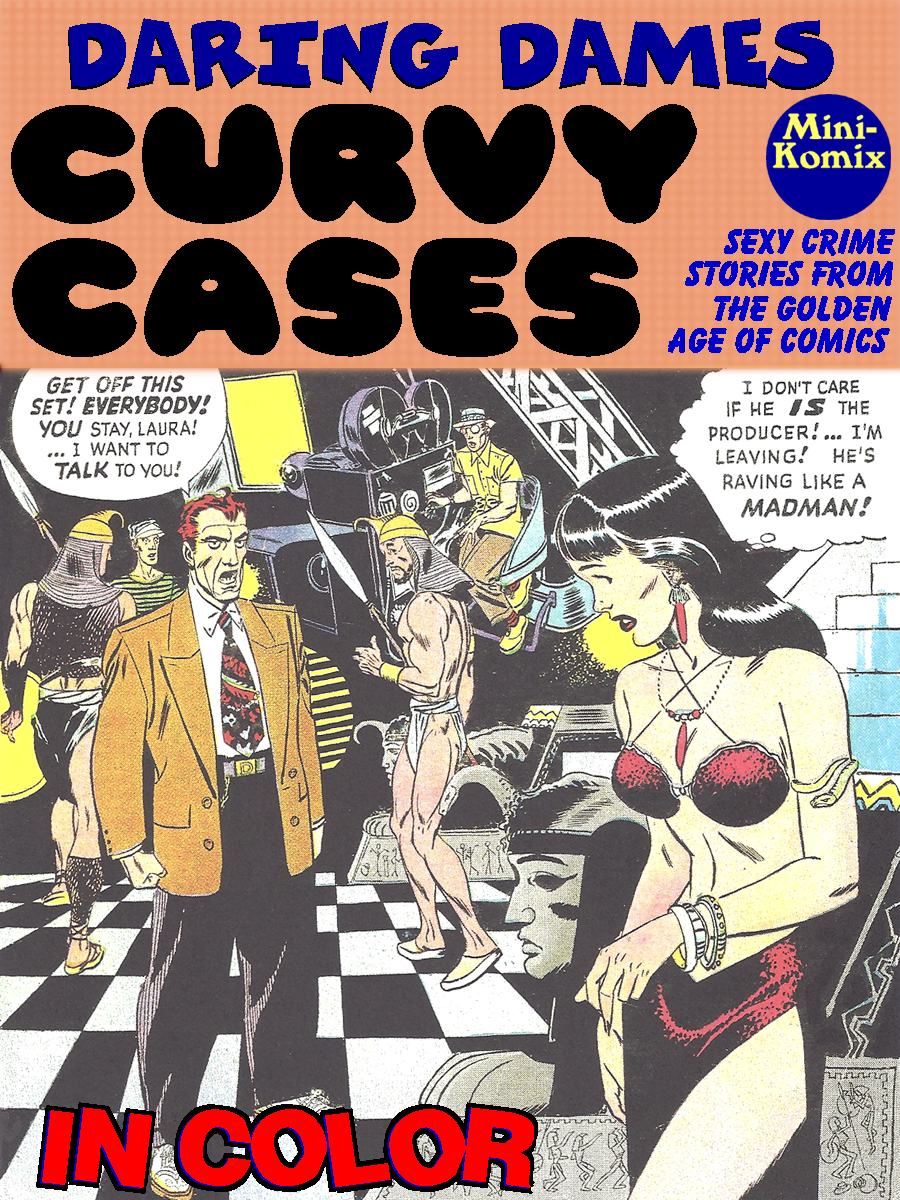 Try to crack the case of the century with these curvy crime-solvers. Daring Dames tells of the sexiest stories from the Golden Age of Comics burst back on to the scene, and in color! We've got the high-flying Sky Girl get into another stupendous adventure. Also, the Nazi-smashing dancing girl, Flamingo, from the mind of Jerry Iger. There's also the slinky star Joan Barrie and her slightly psychotic director. Finally, the hellacious Hollywood Stunt-Girl, Jeanie Steele who has to deal with a deadly jealous starlet. You'll want to examine every single inch of this "body of evidence"! You can get this at Drive Thru Comics.
Posted by Jer Alford at 12:24 PM