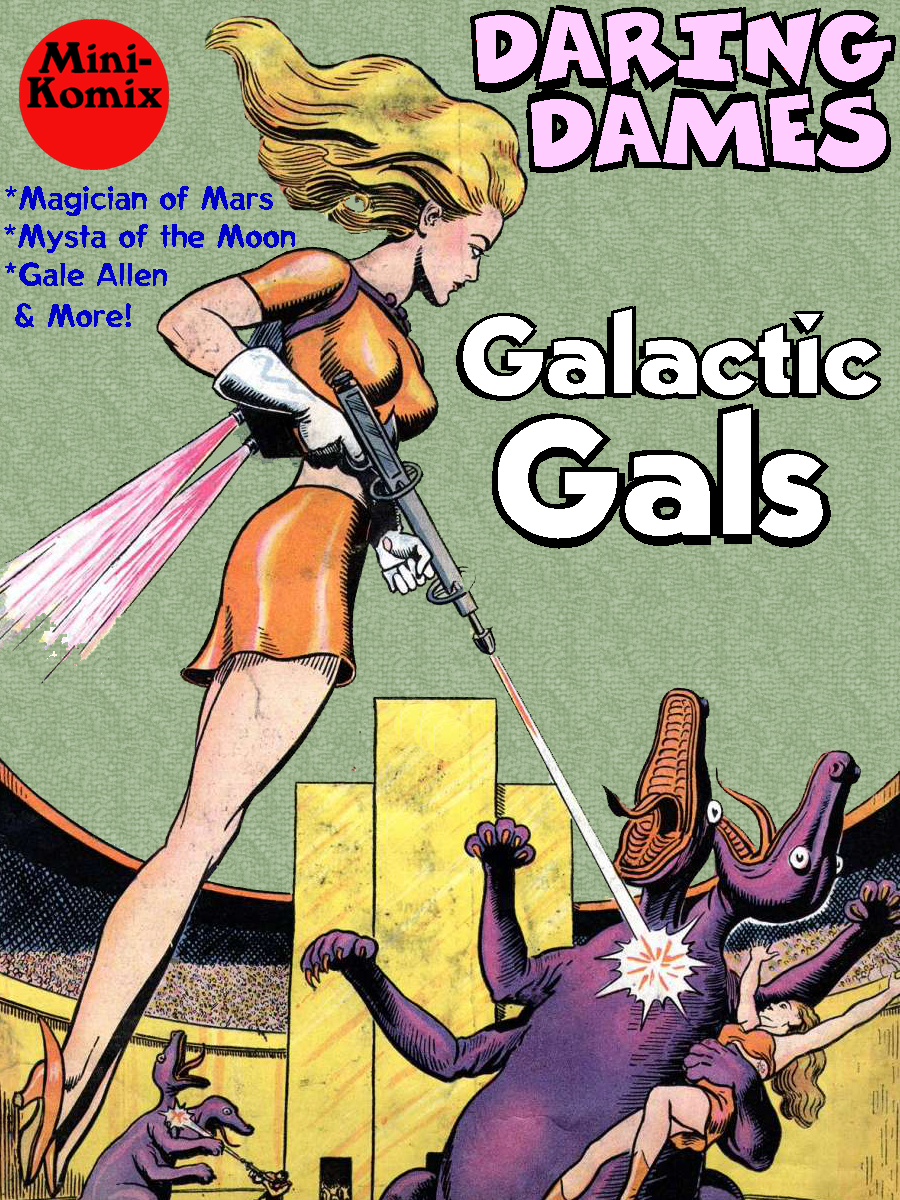 The Daring Dames are off to outer space as we zoom in on some of the sirens of the stars from the Golden Age of Comics. We've got not 1 but 2 terrific tales of the milky Mysta of the Moon, plus the majestic Magician of Mars, and the gorgeous Gale Allen and her groovy Girl Squadron. Aliens, invaders, and space monsters of every kind plague our heavenly heroines as they boldly go where no sexy space cadet has gone before! You can get this now at Drive Thru Comics.
Posted by Jer Alford at 1:57 AM No comments:

Who cares what a Jedi craves?! A true hitch-hiker knows that excitement, adventure and really wild things are what's totally hoopy, and all of these are in this collection of Klassik Komix. Meet the Blue Men of Bantro, witness the End of the World, sign up for the Space Police, trek with The Triad, a hippie gets The Power, gamble with the Earth getting a Second Chance, meddle with the Monster of Mars, mankind asks What Is It?, visit the Planet of Terror, submerge with Spacehawk, behold the Birth of Death, Clik through a menu of options for humans, go on vacation with space cadet Andromeda, track down The Traveller, space babes bash Cthulu in Celestial Battle, and examine the Abduction of Henry Twigg. Keep your towel handy for these public domain gems from the Golden Age of Comics! 100 Big Pages! It's for sale through us, also at Lulu.com 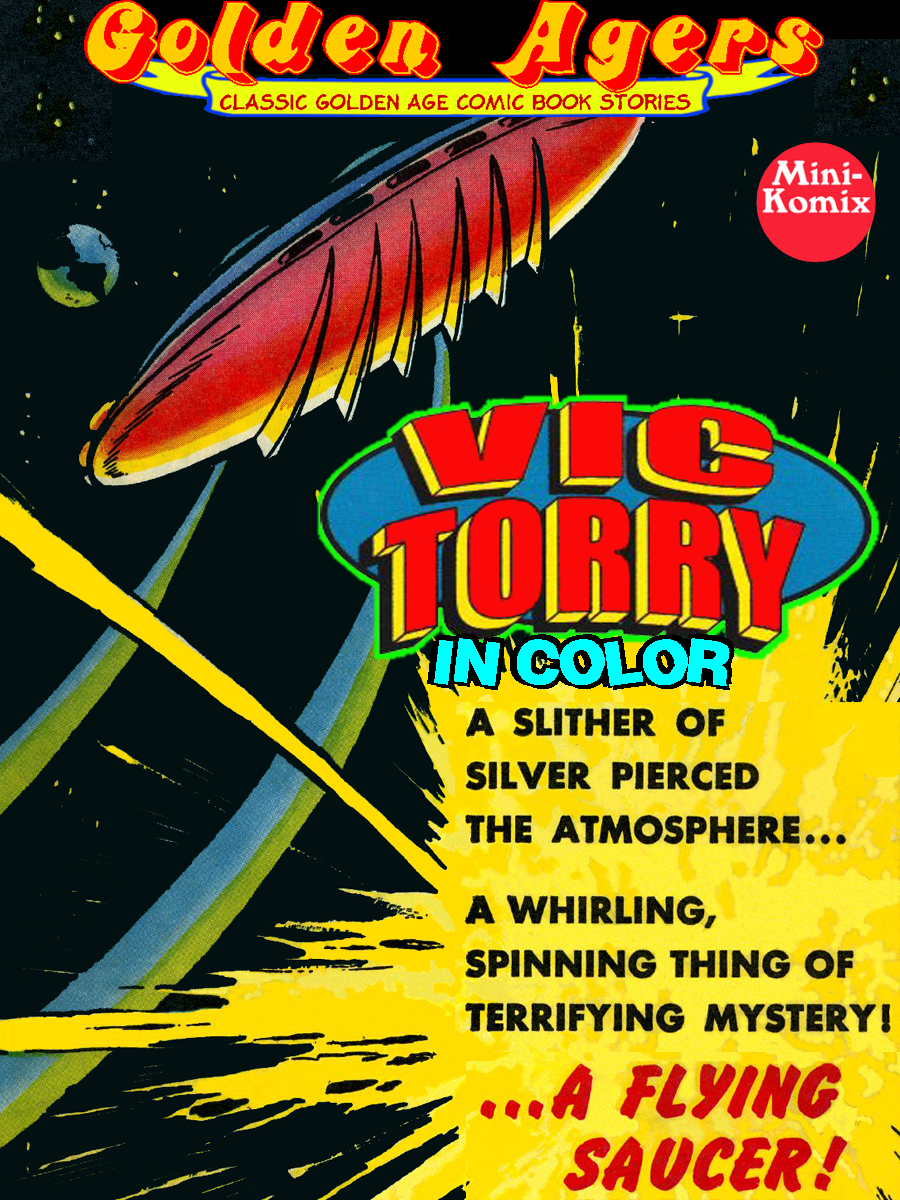 Golden Agers spotlights another hero, the dashing test pilot Vic Torry. He and his sexy blonde girlfriend Laura run across a flying saucer from Mercury. It's alien pilot dies after conveying to his rescuers the plight of his people. After taking the UFO back to Mercury, Vic and Laura discover the evil dictator Szzz has taken over the planet and turned the population into brainwashed zombies. It's up to Vic and the remaining Mercurian resistance to save both of their worlds from galactic conquest! You can download this now at Drive Thru Comics.
Posted by Jer Alford at 6:40 AM No comments: 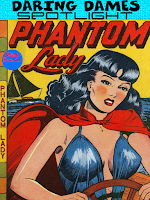 Mini-Komix now has all 7 issues of our Daring Dames Spotlight comics available in one big affordable bundle! This bargain has collections of Cave Girl, Malu The Slave Girls, Miss Masque, Phantom Lady, Sheena, Valkyrie, Torchy and the original Black Cat. Jungle queens, superheroines, harem girls, and busty Nasi smashers in this curvy comics combo! Check them all out at Drive Thru Comics.
Posted by Jer Alford at 6:05 AM No comments:

Daring Dames Diaries returns in an all new 100 Big Pages edition! Heroine and villainesses return in all new adventures. Thrill to tales of Amazona the Mighty Woman, Jill Trent: Science Sleuth, Moon Girl, Vivian Lachan, Flame Girl, Crimson Cobra, Madame Terror, and Rulah the Jungle Goddess. Plus original stories of Ms. Amazing, Lady Midnight, and the Wolf Queen. Written by Terry Alexander, Jason Bullock, Nate Hill, David Lawrence, Chuck Miller, Bobby Nash, and Gaylord Tause. You can get this in print from us, and for download or print at Drive Thru Comics, and Lulu.com. 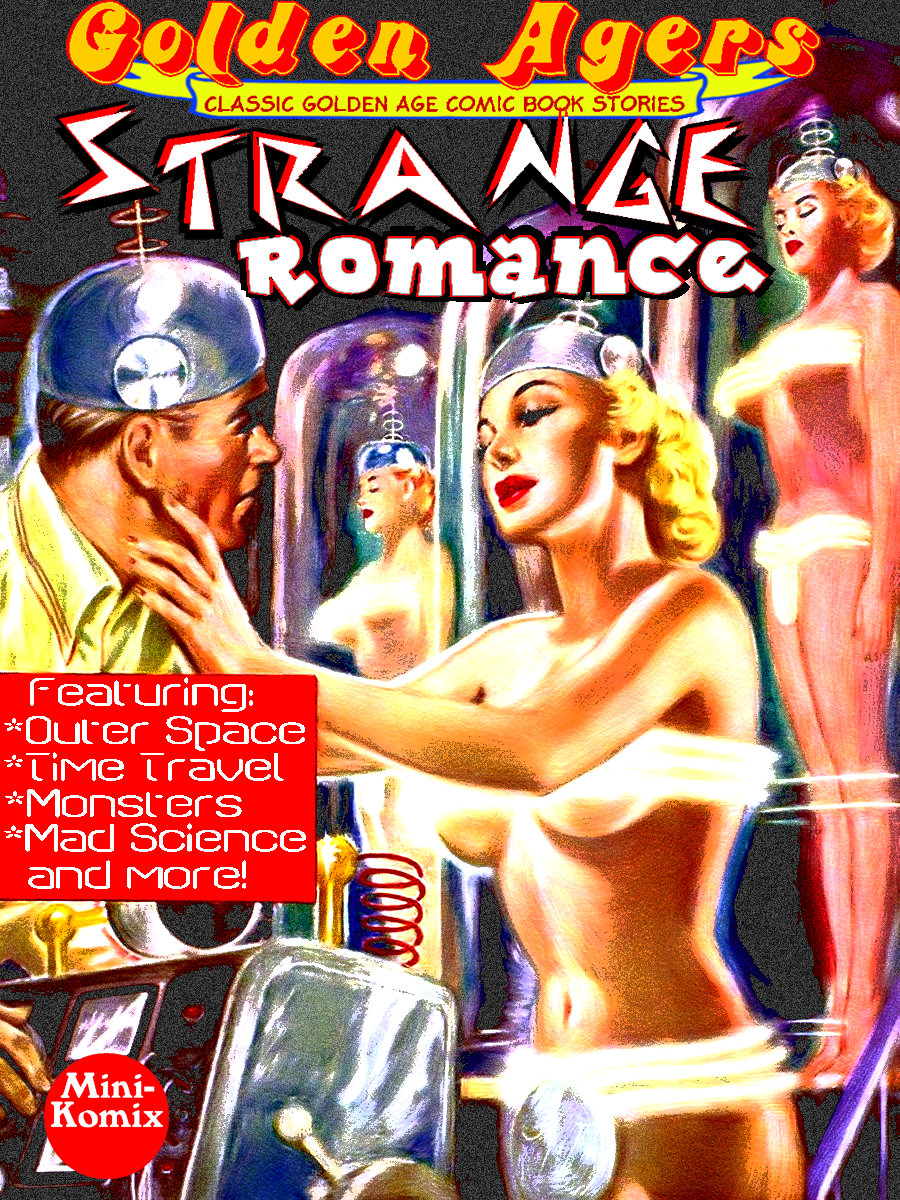 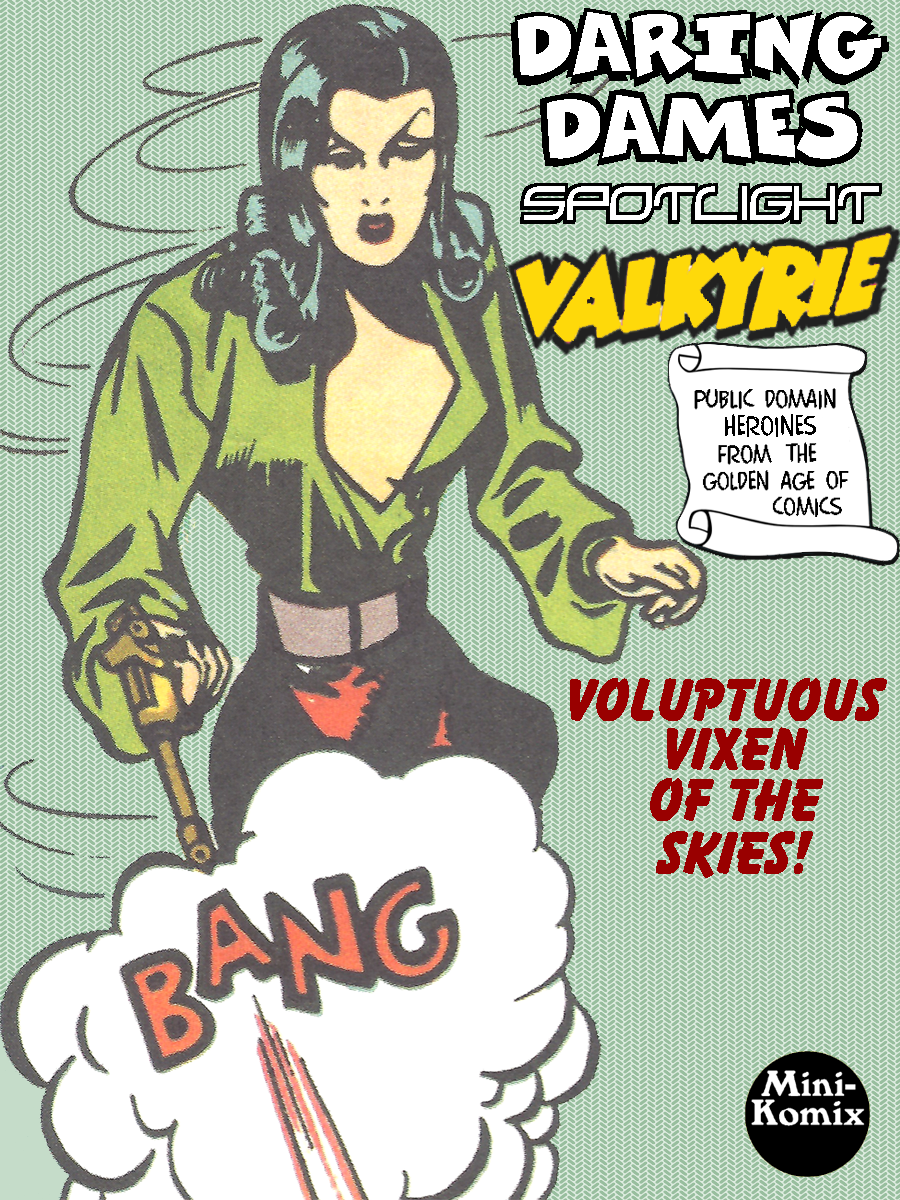 Daring Dames spotlights the original bad girl-turned-good girl, Valkyrie! This voluptuous vixen, Liselotte von Schellendorf, first premiered as a Nazi foil for the heroic Airboy, but after a few make-out sessions, she switched from the Axis to the Allies. Valkyrie now helps Airboy with her all-girl Airmaidens shoot down nasty Nazi flyers, and the villainous grim reaper known as Misery. WWII wonder and some serious spy smashing in this Daring Dames delight! You can fly with Valkyrie now at Drive Thru Comics.
Posted by Jer Alford at 2:01 PM No comments: 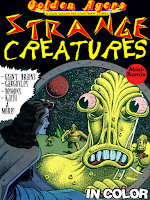 Experience the Golden Agers: Strange series with this special "Creatures" edition! A Lovecraftian collection of some of the most bizarre public domain monsters, aliens, and abominations ever put on the printed page. A scientist enters the reality of the Nightmare World, the Snowman comes to life to fight the fearful Fang, Kongzilla takes a bite out of the Big Apple, crab men creep around in They Crawl By Night, a clockmaker makes an unholy pact with invading demons in Walpurgis, a murderer is hunted by a giant Bird Of Prey, underground dwellers bust loose in Gateway To Horror, Spacehawk swats Uranian bats, and a wicked witch unleashes the ghouls of Hell with the Star Of Doom. Creepy crawlies and marauding monsters a plenty in these classic creature comics! You can read this now at Drive Thru Comics.
Posted by Jer Alford at 3:20 PM No comments: