Klassik Komix hunts down the weirdest oddities in this collection of Strange Stuff! Learn the origin of Countess Von Bludd, look into the Secret Files of Dr. Drew, Golden Knight slays monsters in space, a Werewolf Goes West, The Brain Bats of Venus attack, Stuart Taylor meets Cleopatra, Father Shandor exorcises demons, a witch calls upon the Star of Doom, Bigfoot is made the Main Attraction, Conjurer For The Foul Fiend makes a deal with the devil, the Queen of Evil travels from ancient Egypt to modern day, and Santa Claus battles Dracula. A creepy cavalcade of comics, and in full color! 100 Big Pages! You can order this at Lulu.
Posted by Jer Alford at 12:24 AM No comments: 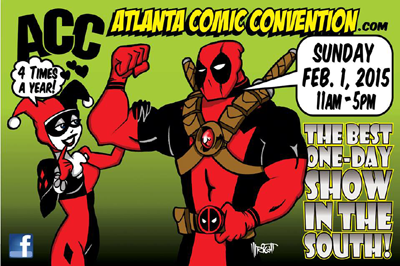 Adventures Of Catman brings back the Australian caped crusader. Catman with his sidekick Kit await the call for trouble from their mountain stronghold. When danger strikes the feline crimefighters take on a rogue general, jewel thieves, and voodoo! Jungle thrills and amazing action in this Silver Age superhero spectacle! You can download this now at Drive Thru Comics, and as part of the Super Hero Collection Bundle.
Posted by Jer Alford at 2:32 AM No comments: 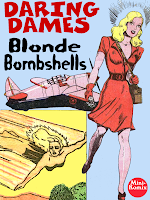 Daring Dames stocks up its weapons vault with these Blonde Bombshells! Bodacious babes from the Golden Age of Comics fighting evil in all its forms. First we've got none other than the milky model Torchy takes on a stint as a volunteer police officer, learn the secret origin of the curvy camerawoman called The Blonde Bomber, two tales of the luscious Lady Luck, Fantomah the Mystery Woman of the Jungle uses her magic to rain lost dinosaurs on invading Nazis, Diana the Huntress summons the Greek Gods to also stop the Third Reich, The Mist thumps some thugs, and Maureen Marine tries to prevent a war between the underwater city of Atlantis an evil army. Bleach-blonde babes battle bad-asses in this bombastic comic! You can download this now at Drive Thru Comics.
Posted by Jer Alford at 5:06 PM No comments:

Bring on the Bad Girls as Deadly Dames goes to meet some of the vilest villainesses from the Golden Age of Comics. Starring killer congo queens, space sirens, Nazi nymphs, girl gunslingers, slinky snake-women, sinister sorceresses, sultry spies, deadly doubles, gorgeous gangsters, and blood baronesses. It's the bad girls you love to hate in this captivating collection! 100 Big Pages! You can get this in print from us, and at Lulu.com, as well as digital at Drive Thru Comics, plus as part of the Hero Anthology Collection Bundle.

Posted by Jer Alford at 2:05 PM No comments:

Classic Cartoon Critters: The Hepcats And Friends (in color) 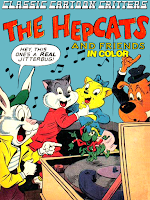 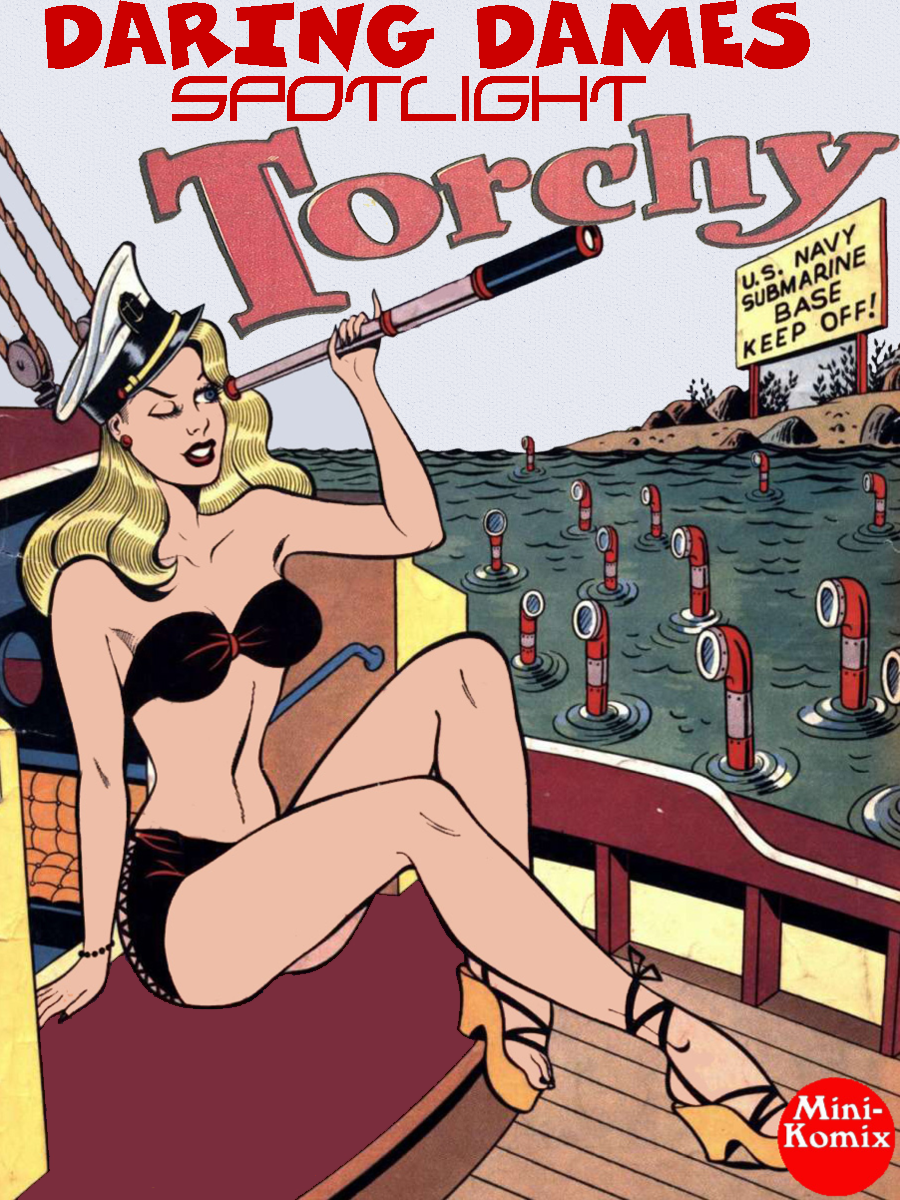 Daring Dames brings you the blonde bombshell known as Torchy. The original pin up princess of Good Girls, Torchy slinks across six sexy stories of fun-filled frolics. If she's looking for a date, taking a modeling gig, or being mistaken for a mermaid, Torchy is the dream girl for every situation. A rib-tickling romp of pure comedy from the Golden Age of Comics! You can get this now at Lulu.com and Drive Thru Comics, plus its also been added to the Daring Dames Spotlight Bundle.
Posted by Jer Alford at 1:33 PM No comments: