Bronze Age Horrors unlocks the undead comics of the 1970s! Astounding atrocities like dinosaurs, dragons, barbarians, space wizards, vampires, werewolves, aliens, big apes, jungle girls, renegade robots, psycho superheroes, and Nazi zombies! 100 Big Pages of scares from the Seventies! This is now available in print at Lulu, and in digital at Drive Thru Comics, also in the Bronze Age Trilogy Bundle.
Posted by Jer Alford at 12:03 AM No comments:

Bronze Age Heroes brings back the heroes of the 70's era! This features good guys like Captain Atom, Nightshade, Dragon Slayer, The Question, Wildman, Rubberoy, Tiger-Man, and The Eclipse! 100 Big Pages of gritty superhero action! This is now in print at Lulu, and ready for download at Drive Thru Comics, plus as part of the Bronze Age Trilogy Bundle.
Posted by Jer Alford at 12:53 PM No comments:

Kids Komix is public domain comic books from the Golden Age! Classic all-ages characters like Atomic Mouse, Wilfred, Candid Charlie, Professor Invento, Bungle in the Jungle, Atomic Bunny, Cora the Cat, Lil' Mouse, Count Gatto, Shadow, Supermouse, The Ogre of Merryville, and Atom the Cat! 100 Big Pages of animated adventures! This is for download now at Drive Thru Comics, and as part of the Cartoon Comics Collection Bundle, plus in digital and print at Indy Planet.
Posted by Jer Alford at 2:16 PM No comments: 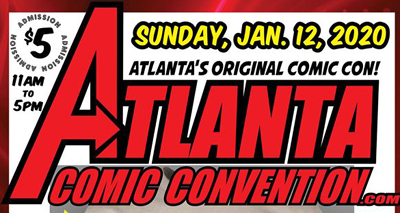 Altron Boy is an original superhero that ran in Monsters And Heroes magazine created by fan comics star Larry Ivie. The co-creator of THUNDER Agents worked on horror titles like Creepy and Eerie. Mixing in both horror and superheroics, young musician Dave uses his father's gravity-defying Altron Belt to fly to the evil ex-Nazi known as Voltar. The mad scientist has created an entire land of dinosaurs, making it hard for the high-flying hero to rescue his friend's scientist father, while getting help from a hot slave girl and gaining a magic sword. Fantastic fanzine features of the Silver Age! You can download this now at Drive Thru Comics, and as part of theSci-Fi Comics Collection Bundle, plus in digital and print at Indy Planet.
Posted by Jer Alford at 2:06 PM 1 comment: