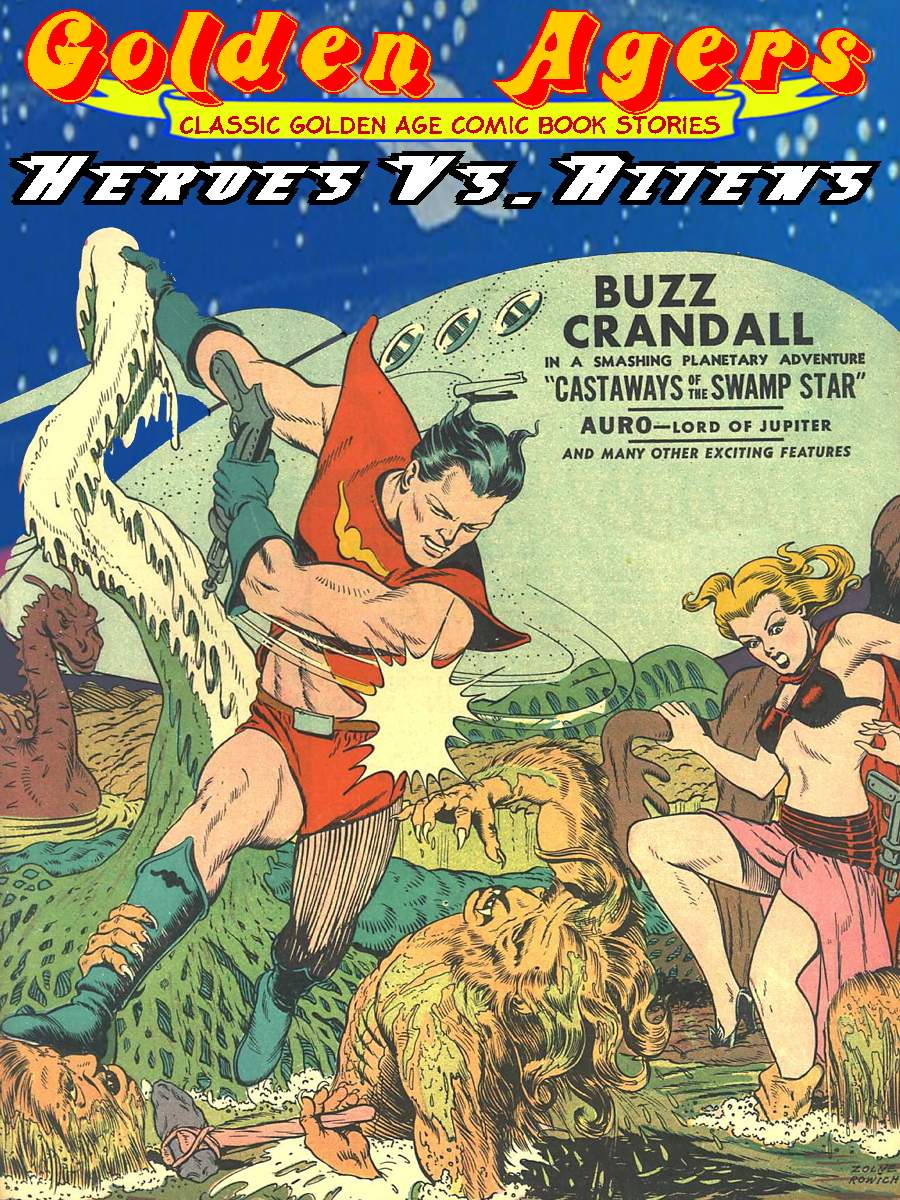 Golden Agers brings some of the galaxy's greatest guardians together to save the human race from evil invaders. There's two stories of the Jovian warrior, Auro: Lord of Jupiter, as he protects Earthling settlers from dinosaurs. Plus, Fero the Planet Detective hunts down vampires and werewolves from Pluto, Mysta of the Moon and her robot wrangle some bad guys, Jungle Jim encounters an alien witch doctor, Silver Starr confronts an intergalactic empire, The Rejects bust up a space cult, the Space Rangers are in a trio of tales, and Buzz Crandall of the Space Patrol gets trapped on a world with giant killer plants. Space Age sensations battle space invaders in this cosmic comics collection! You can download this now at Drive Thru Comics and Lulu.com.
Posted by Jer Alford at 1:52 PM No comments:

Klassik Komix goes to the grim days of WWII with Allies Vs. Axis. Heroes, super spies, noble nurses, and ace pilots fight for freedom. The ranks include Spy Smasher, Mark Montage, Phantom Eagle, Kid Kane, Ace Rogers, Blackhawk, Val Storm, Derry Dreamer, plus Pat Parker-War Nurse and the Girl Commandos! Arm up and give it to the Huns as heroes unite to save the world! 100 Big Pages! You can get this in print from us, or at Lulu.com.

Posted by Jer Alford at 2:14 AM No comments:

Klassik Komix brings back the Heavenly Heroines from the Golden Age of Comics! Starlets like Miss Masque, Val, Moon Girl, Silver, Gale Allen, Black Venus, Bulletgirl, and Pat the Air Cadet! Super-powered pretties are here to save the day once again, and filling your fanservice quota at the same time! 100 Big Pages! You can get this in print from us, and also at Lulu.com. 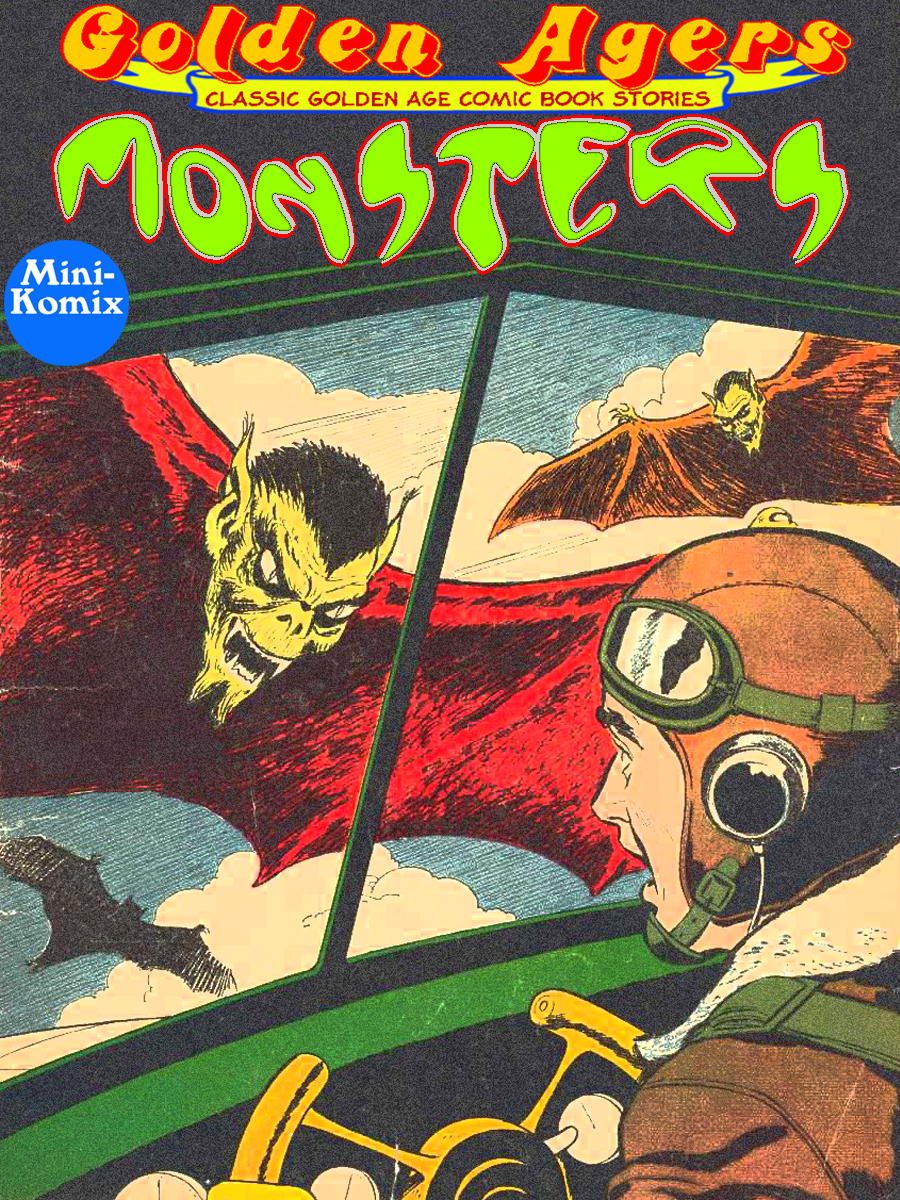 Golden Agers stacks all its horror titles into one big affordable bundle! You can get Creature Features (in color), Ghost Stories, Jungle Terrors, Monster Hunters (in color), and Monsters in a single order now at Drive Thru Comics.
Posted by Jer Alford at 3:45 AM No comments: 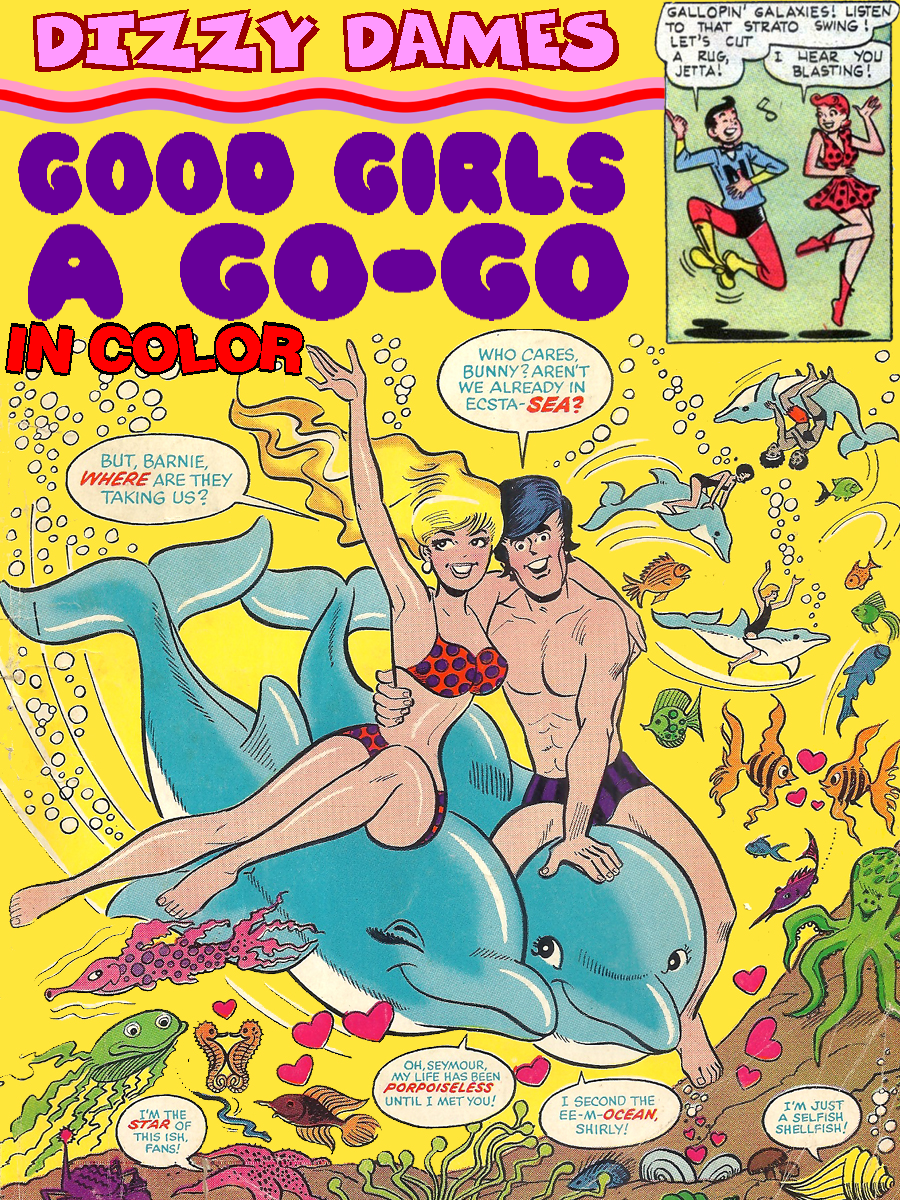 Dizzy Dames brings something for everyone to enjoy in this fabulous collection of comics called Good Girls A Go-Go! We've got Tom, Dick and Harriet taking a trip to the beach, mid-21st Century girl Jetta adjusting to her cosmic new high school, the bodacious Bunny and her sister Honey head to the amusement park hoping to catch their favorite idols, a day in the life of Hollywood star Linda Turner(aka: Black Cat), meet the girl of your dreams on This Is Your Wife, slave girl Mush serves Ali Barber, Miss Bikini Luv gets a rival, Loona the Jungle Girl bungles, and see starlet Jane Rassell in Comicrameh! You can download this now at Drive Thru Comics.
Posted by Jer Alford at 1:50 AM No comments: 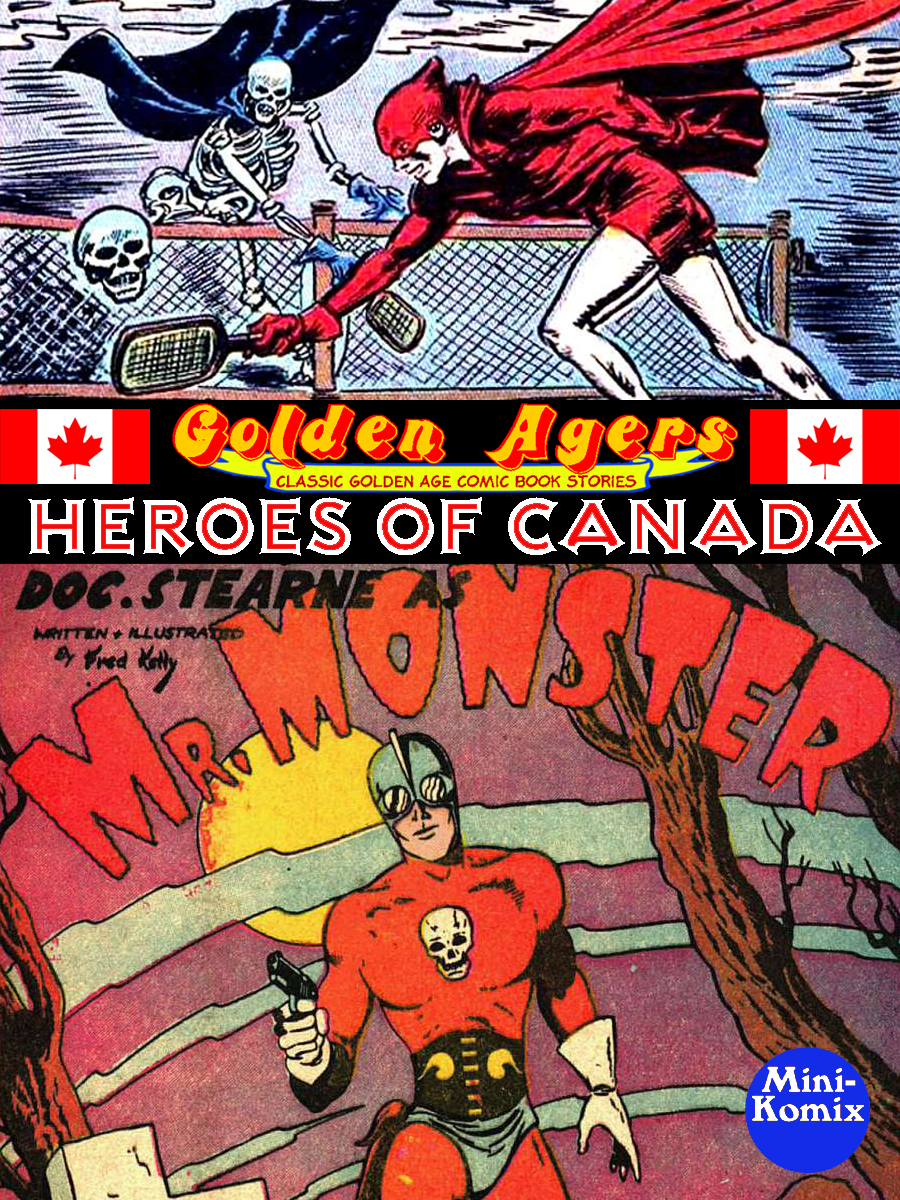 Take off to the Great White North with these Golden Agers from Canada. We've got hoser heroes like Red Rogue, the original Mr. Monster, Nelvana of the Northern Lights, Tricky Merlin, Mono the Air Cobra, Nitro, Terry Kane, Black Wing, Cosmo, Ace Barton, The Crusaders, Capt. Wonder, plus Danny and his Magic Ring. Brush up on your curling as these Canadian superheroes save the day, eh?! Heroes Of Canada is available now at Drive Thru Comics, plus as part of the Golden Agers: Heroes Collection.
Posted by Jer Alford at 2:39 PM No comments: